An interesting fact - there has been little archaeological work carried out in Nazareth!

It is always difficult to excavate within a living, thriving modern city, but inside the Convent of the Sisters of Nazareth , sensational discoveries were found which proved the existence of a small town in early Roman period, also the time of Jesus.

These discoveries were made in the 19th century around the 1880s, but were never extensively studied and classified until 2006 when new archaeological research was launched.

The Sisters of Nazareth Convent was established by nuns who arrived in Nazareth from France in the mid 19th century. The convent was built near the the famous Basilica of the Annunciation. During the process of the construction, fascinating archeological finds from the 1st and 2nd centuries CE were discovered underground. The nuns were the first to find an ancient cistern and further excavations uncovered walls from the Crusader period, remains of the cave type church from the Byzantine  period. (4th to 5th centuries AD) and ancient tombs from the early Roman period. A large Byzantine period church ornamented with beautiful mosaics was also found.

In 2006, the the finds were reexamined by British archaeologist, Ken Dark. One of the particularly interesting  discoveries was a living structure dated back to the early Roman period (1st century AD) and most likely inhabited byJewish people because the pottery was made from the limestone and typically used as special purification vessels. The structure seemed to be a courtyard house typical of the Galilee region of that time.

The site also had a Jewish burial chamber which was likely added later when the house was abandoned and disused because it is prohibited for the Jews to bury their dead in the area living quarters and/or underneath the floor of the houses.

Next to Basilica of the Annunciation (described in the article about Nazareth),a house was discovered in 2009 by the Israeli archaeologist ,Yardenna Alexandre, which is similar to the one found at the Sisters of Nazareth convent. These ruins unearthed right in the center of Nazareth prove that a city probably existed here despite extensive evidence of of civilization.  But, as the archaeologists like to say:

"The absence of evidence is not the evidence of absence".

Now, some evidence has been found! 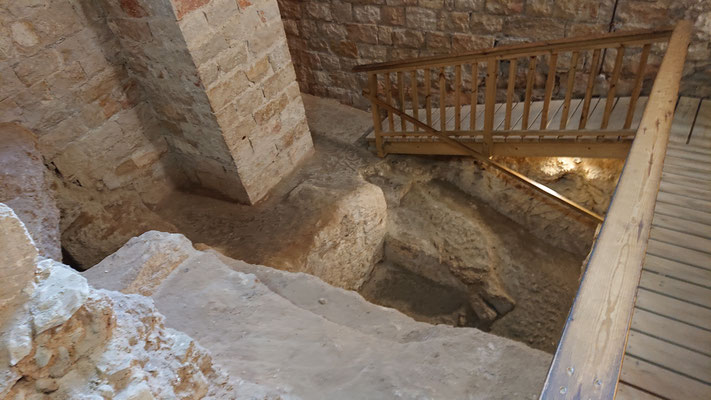 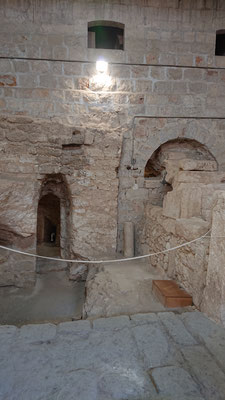