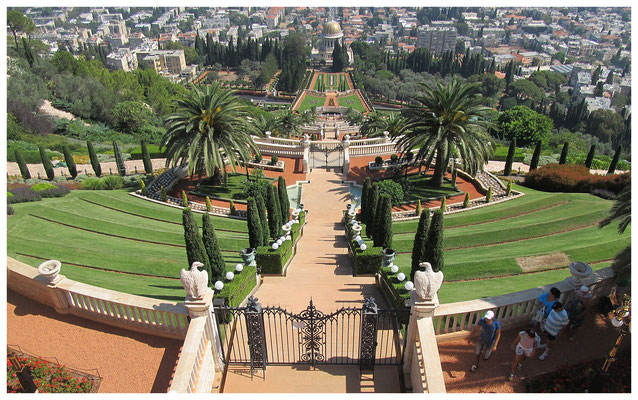 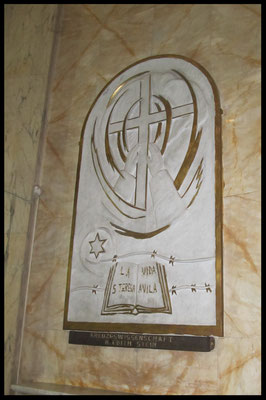 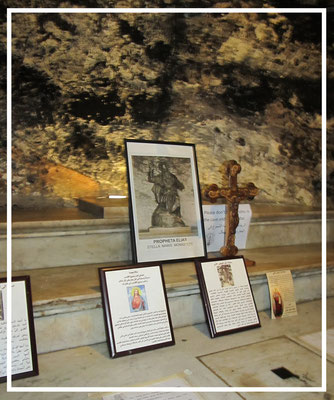 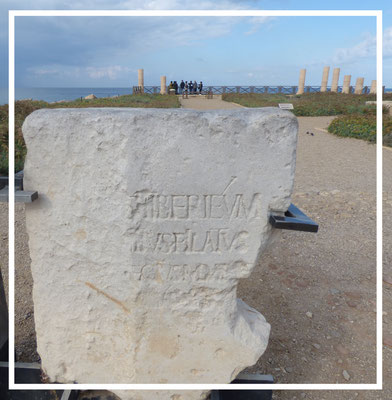 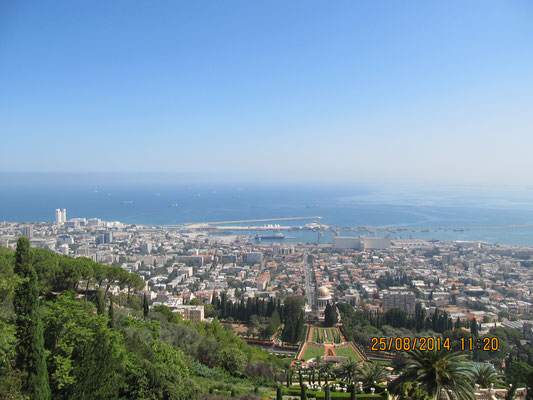 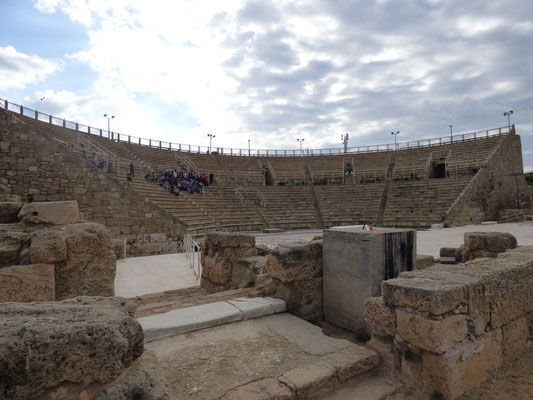 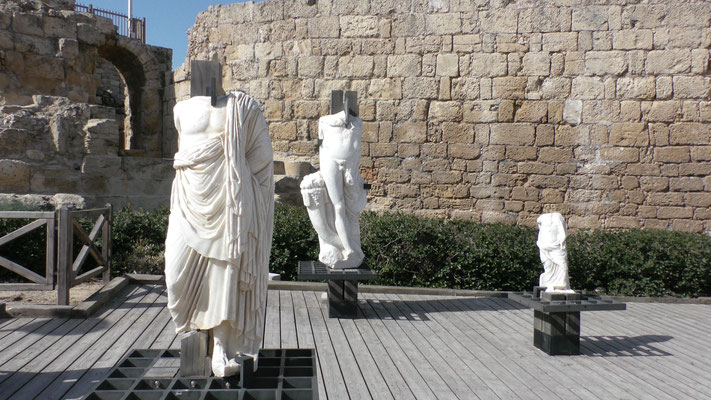 We begin our day at Caesarea National Park, one of the largest archaeological sites of Israel, originally a large Roman port city which features ancient preserved ruins of Greco-Roman architecture as well as reconstructed structures.

The theater is one of the oldest in the Middle East from the 1st century AD. We will see the site of Apostle Paul’s arrest and trial in Caesarea, Pontius Pilate’s stone, statue garden and the hippodrome designed for chariot races. Along the shore of the Mediterranean, ruins of the artificial port are visible, designed by one of the greatest builders of the past, King Herod the Great. (Walking tour on flat, paved paths, about 1-1.5 hours).

Next we will travel north to Haifa, the third largest and one of the most beautiful cities in the Land of Israel. It is built on the slopes of the famous Mount Carmel which is associated with the ministry and life of the prophet Elijah. We will see the famed Baha’i Gardens, a UNESCO heritage site. The formal garden has 19 terraces, truly a landscaping architectural marvel.  The golden domed Shrine is the final resting place of Prophet-Herald of the Baha'i Faith.

Afterwards we will walk around historic German colony which lies at the foot of the Gardens originally settled in 1868 by the German Protestant Templar community. The Colony’s main street was considered the finest of its time, bordered by stone homes with distinctive red roofs.

Lunch will be in one of many nice restaurants in the neighborhood. If desired, we may visit the Stella Maris monastery of the Carmelite Catholic order where the church houses a cave believed to be the burial place of the prophet Elijah.

We will drive south about 35 km (22 miles) to visit a small town called Zikhron Yaakov considered to be one of the first modern settlements in Israel. Established in 1882 by Edmond de Rothschild, the town was named it in honor of his father, James (Yaakov) Meir.

Today, Zikhron Yaakov is home to the Carmel Winery which is the oldest in Israel. We will enjoy a tour with wine tasting while we hear the story of this famous winery which produces half of the wine in Israel as well as the major source of kosher wine throughout the world.

* Entrance fees are not included;

*Entrance fee to Caesarea is 11$