In 1924, Dr. Ephraim and Hannah Hareuveni had a dream to establish a "Garden of the Prophets and Sages" with plants from the Biblical and the early Roman period in the Land of Israel. The Hareuveni’s founded the Biblical-Talmudic Botanical Museum at the Hebrew University in 1926, the first of its kind in the world but never were able to establish the garden they envisioned.

In 1965, their son, Nogah, began creating “Neot Kedumim,” The Biblical Nature Reserve in Israel and greatly expanded his parent’s original design to implement his own ideas and research. In 1994, Nogah Hareuveni won the Israel Prize, the highest honor awarded by the State of Israel, for his special contribution to society and the State.

Neot Kedumim means ancient oasis  and today has been cultivated to restore the ancient Biblical landscape as it was thousands of years ago.  It is situated between two of the largest Israeli cities, Tel Aviv and Jerusalem. This unique reserve allows visitors to go back in time and see how Jewish people lived back in the past. Bible pages become alive when one sees trees and shrubs mentioned in the Scriptures and takes a walk through ancient ruins of villages. 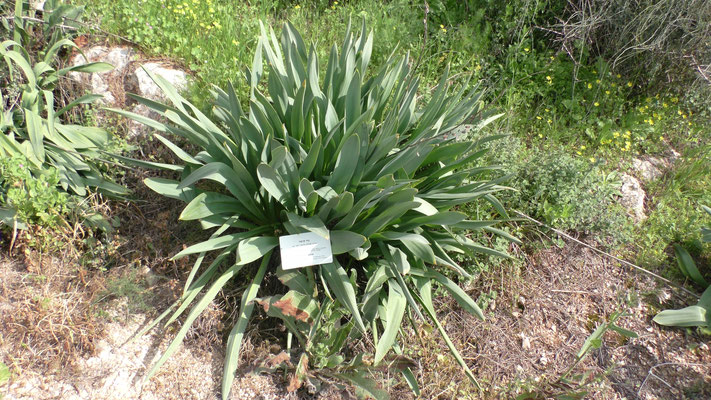 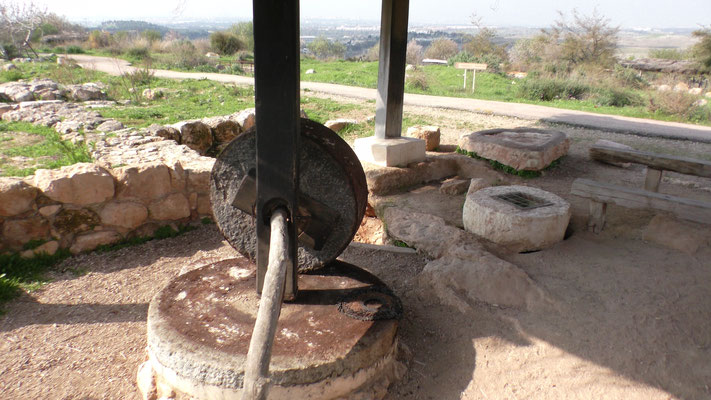 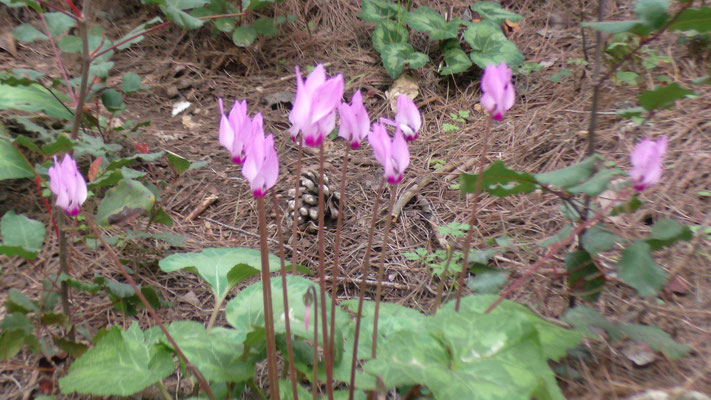 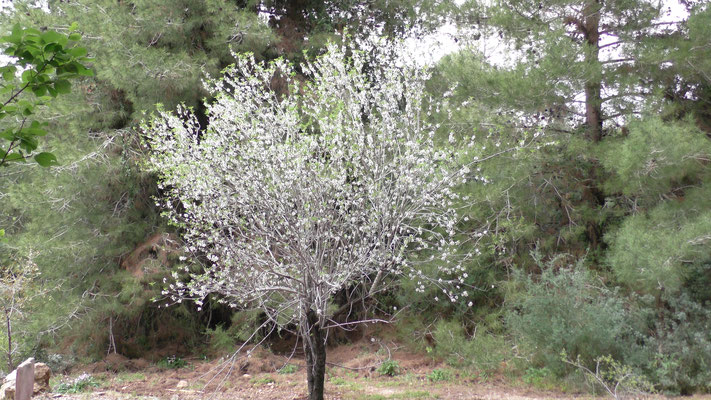 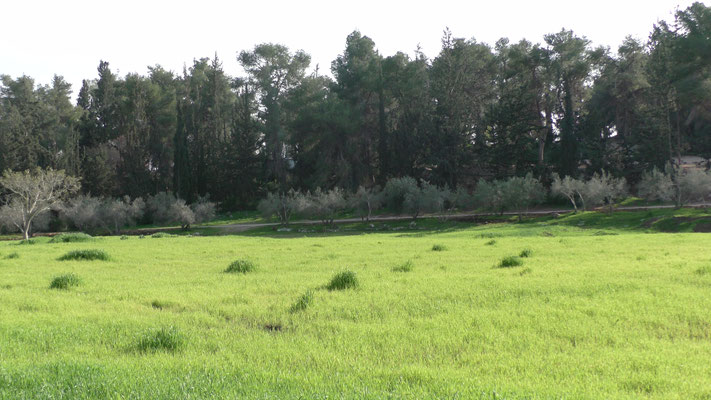 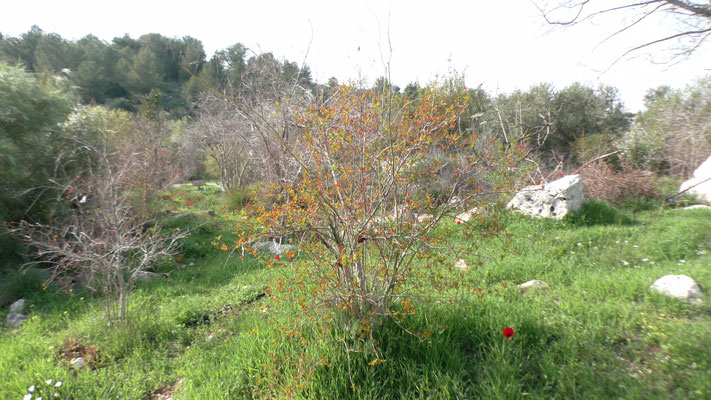 The fig tree has a special meaning and significance in the Holy Scriptures. It is first mentioned in the very beginning of human history:

"Then the eyes of both of them were opened, and they realized they were naked; so they sewed fig leaves together and made coverings for themselves"

Then Micah's Messianic kingdom vision depicts the fig tree as a symbol of prosperity:

Jesus used the fig tree to teach his disciples about faith.

"Seeing a fig tree by the road, he went up to it but found nothing on it except leaves. Then he said to it, ‘May you never bear fruit again!’ Immediately the tree withered" (Matthew 21:19).

Neot Kedumim has an ancient cistern (well) from which the ancestors of the Jewish people drew water thousands of years ago.  Many biblical events happened at wells. For example: Rebecca met Eliezer, Moses met Zipporah, and Jesus and the Samaritan woman had a remarkably interesting conversation at the well which changed her life!

Here, we begin to understand the importance of water both in ancient Israel and in modern times as well. And we might understand now why Jesus, on the last day of the Feast of Tabernacles, proclaimed:  “Let anyone who is thirsty come to me” (John 7:37).

There is a story about certain tax collector in the Bible who was desperately trying to see Jesus and how he overcame the obstacle due to faith and a tall tree.  The story becomes vivid in Neot Qedumim when we see the sycamore trees like that one which Zacchaeus climbed.

“And he ran before, and climbed up into a sycamore tree to see him”

The sycamore tree produces very delicious fruit. The term "sitting under the tree"  will be discussed later. 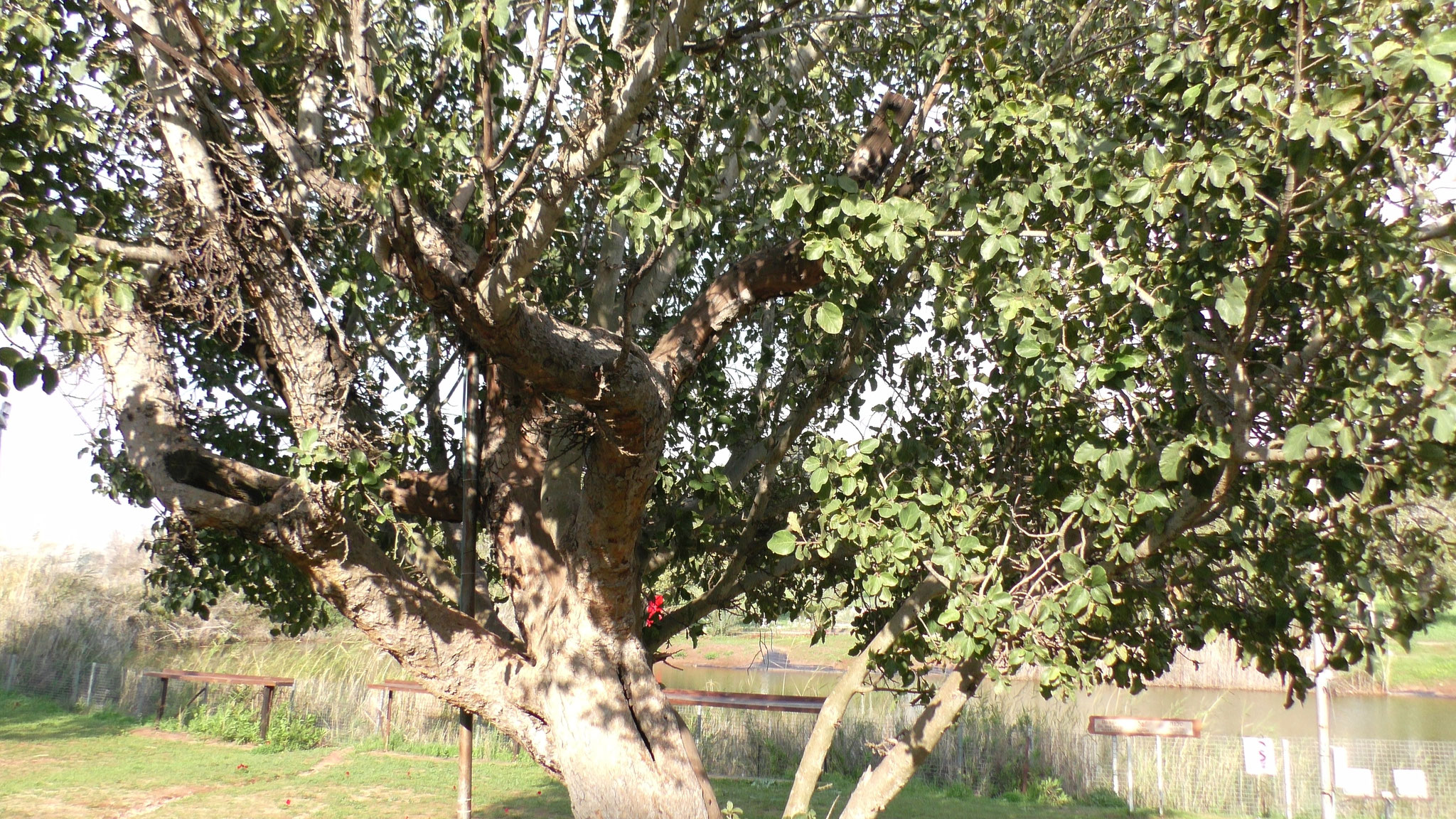 "And He came and dwelt in a city called Nazareth: that it might be fulfilled which was spoken by the prophets, He shall be called a Nazarene" (Mat. 2:23).

“There shall come forth a shoot from the trunk of Jesse" (Isaiah 11:1).

There is a connection between these two passages, one from both Testaments. According to Eusebius, one of the ancient Church Fathers, the word Nazarene should be understood as a shoot or netser in Hebrew.  Nazareth is Natseret in Hebrewwhich is very similar to the English translation.

When we look at an ancient olive tree and see its offshoots, we can better understand the prophecy of Isaiah about the Messiah and His bond with His own people. Olive oil is one of the Seven Species which comes from the Bible where The Land of Israel is described as,

“A land of wheat, and barley, and vines, and fig trees and pomegranates; a land of olive oil and honey” (Deut. 8:8).

The olive press reminds us of the last hours of Jesus in Gethsemane because the name (Gat Shemanimin) in Aramaic means the olive press.

The olive tree was used as a symbol of a Jewish nation by apostle Paul:

"If some of the branches have been broken off, and you, though a wild olive shoot, have been grafted in among the others and now share in the nourishing sap from the olive root, do not consider yourself to be superior to those other branches. If you do, consider this: You do not support the root, but the root supports you. You will say then, ‘Branches were broken off so that I could be grafted in.’ Granted. But they were broken off because of unbelief, and you stand by faith. Do not be arrogant, but tremble. For if God did not spare the natural branches, He will not spare you either"  Romans(11:17-21).

The history of wine presses in Israel is as old as the tradition of drinking wine.

The earliest press was apparently the human foot which crushed the grapes and then  the juice was poured into a leather bag and left to ferment. By the 2nd century AD, the Romans began using a "screw press" similar to which we can see in Neot Qedumim.

The attitude to wine drinking is expressed in the Bible where wine is praised by the Bible authors but, in many cases, drinking too much wine is criticized and rebuked by them.

"Wine is a mocker, strong drink a brawler, and whoever is intoxicated by it is not wise." (Proverbs 20:1).

"Woe to those who rise early in the morning that they may pursue strong drink, who stay up late in the evening that wine may inflame them!" (Isaiah 5:11).

"Do not get drunk on wine, which leads to reckless indiscretion. Instead, be filled with the Spirit" (Ephesians 5:18).

"Wine that gladdens human hearts, oil to make their faces shine, and bread that sustains their hearts” (Psalm 104:15).

"Go, eat your food with gladness, and drink your wine with a joyful heart, for God has already approved what you do" (Ecclesiastes 9:7).

Jesus, as described in the Gospel of John, helped people at the wedding party when they lacked wine for the banquet:

"And the master of the banquet tasted the water that had been turned into wine. He did not realize where it had come from, though the servants who had drawn the water knew. Then he called the bridegroom aside and said, “Everyone brings out the choice wine first and then the cheaper wine after the guests have had too much to drink; but you have saved the best till now"