The First Protestant Church in the Middle East

n 1849, one of the first Protestant churches in Palestine and throughout the Middle East was built in Jerusalem. It was built on the initiative of the London Jews Society, the motto of which was the words of St. Paul:

"For I am not ashamed of the gospel of Christ, for it is the power of God to salvation for everyone who believes, for the Jew first and also for the Greek."

The architects of the church were Hillier James Oud, Jones, and others.

Until 132-135 AD the leaders of the church in Jerusalem were Jews.  After the Bar-Kokhba uprising and until the end of the 19th century, Jews never again led the Jerusalem Church.

In 1840, the King of Prussia Frederick William the 4th hrough his representative Chevalier De Bansen to the future Prime Minister of Great Britain:

"It is impossible not to see the finger of God in the foundation and construction of the Anglican Church ... on the holy mountain, in Jerusalem."

Jewish roots of the Christian faith

The founder of Christianity was a Jew and lived in accordance with the Jewish traditions of the time. The disciples called him a teacher, a rabbi, and he did not mind such a title. Rabbis were only among the Pharisees of that time. Jesus claimed that his goal was to fulfill the Law of Moses and the teachings laid down by the patriarchs of the Jewish people and the prophets.  " Do not think that I have come to break the law or the prophets, I have not come to break, but to fulfill." ( Matt. 5:17)

Jesus' first disciples were Jews. The New Testament writers were also Jews, with the exception of Luke. The problematic question for the first church was not "can a Jew become a disciple of Jesus or, as we call it today, a Christian?" But "can a Gentile, not a Jew, become a disciple?"

To resolve this issue, the first apostles gathered in Jerusalem. This event, described in the Acts of the Apostles, chapter 15, is considered by theologians to be the first church council.

The apostles, among whom Peter, James and John were revered as the pillars of the first church, and Paul - the apostle of the Gentiles, decided not to force the newly converted Gentiles to observe the ritual regulations of Judaism, but only moral laws and abstinence from strangulation, that is, food with blood.

In the early centuries of the church, the question of the religious or ethnic Jewishness of Jesus' disciples was not questioned.

But during the Bar Kokhba uprising, Rabbi Akiva rejected and excluded the Jews who believed in Jesus from the Jewish community. The reason was their rejection of Bar-Kokhba the Messiah and, as a result, their unwillingness to take part in the uprising.

For the Jewish religious leaders, the separation of the Jewish Christians was a relief from the burden, and for the pagan church it was proof of the depravity of the Jews, who stubbornly refused to accept Christ.

Probably since that time there is an opinion that a Jew cannot believe in Jesus, remaining in the bosom of Judaism. Although there are other objective historical reasons for this attitude. In the later history of the Church, a very negative attitude towards the Jewish people was formed, which was expressed in persecution, murder, forced conversion to Christianity and pogroms. As a result, Jesus and his disciples began to be seen by the Jewish people as a symbol of all the most bitter and terrible in their history.

The story of the early church is a story of suffering and persecution from both the authorities and the common people. During the first three hundred years of the church's existence, about ten times the authorities began persecuting Christians. The Jewish community in the territory of the Roman Empire was officially recognized, but the Christians were not. Jewish religious leaders approved of the persecution of Christians. This led to revenge as the church took over the dominant position in the empire and in society. Ignoring the teaching of the Apostle Paul about the special role of the people of Israel in the providence and destiny of mankind (Rom. 9-11), the church fathers believed that God had rejected Israel. The providential people need to see the letter that Paul writes to the church in Rome, as if anticipating that it will become a source of anti-Semitism and persecution against the Jewish people.

“I myself would like to be excommunicated from Christ,”  Paul exclaims, “ for my brothers, relatives of me according to the flesh, to whom belongs adoption and glory, and covenants and statutes, and worship and promises; their fathers, and from them Christ according to the flesh ..."  (9: 4-5).

Paul asks a rhetorical question: "Has God rejected his people? Certainly not!" (11:1)

"In relation to the Gospel, they are enemies for your sake (pagans), but in relation to election, beloved of God for the sake of the fathers (patriarchs)." (11:28)

Misunderstanding, spiritual blindness and elementary ignorance of the leaders of the official church gave rise to hatred of the Jewish people. Throughout the history of the church, these shoots have bloomed ugly in the form of the medieval inquisition, pogroms and even the ideology of the Nazis of the 20th century.

London Jews Society - the cradle of the Christian Zionism

In the period of the Napoleonic wars, especially when Napoleon was waging military campaugns in the Middle East (1788-1789), many Christians felt that the end times were approaching. Many Biblical cshollars, geographists and first archaeologists started to arrive in Palestine. 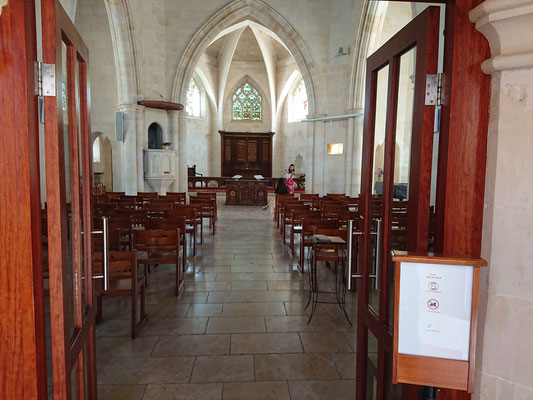 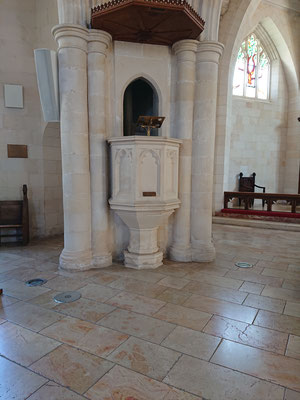 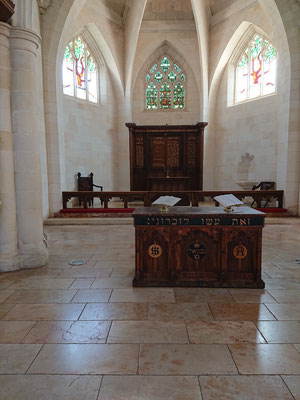