This article has video materials

Along the stream is a  trail which  is 1.2 miles long with a few sharp  inclines and descents along the path.

The Iyon Stream originates in a valley of the same name found in the mountainous regions of the bordering country of Lebanon.  In Arabic, the stream is called Dardara (the drum) because of the roaring sound of its current. During the winter, annual precipitation is around 40 inches and the stream used to dry out in the summer months due to irrigation of the fields. Recently, Israel's Nature Reserves Authority initiated a project of channeling water from the nearby Dan Stream  into the Iyon Stream and now water flows all through the year.

Beautiful and rare vegetation grows in the Nature Reserve. During spring months, beautiful snapdragons bloom which are wildflowers in Israel. Through domestication, they are now grown in flower gardens.

In the fall season,  squills (hatzav in Hebrew) bloom all over banks of the stream bed. One of the hills is even called Squill Hill.

In the summer months the blackberry thickets have abundant ripening delicious fruit!

There is a rainbow of colors in the Reserve when the plants blossom in purple in early spring, followed by red in late spring then yellow during the summer months. 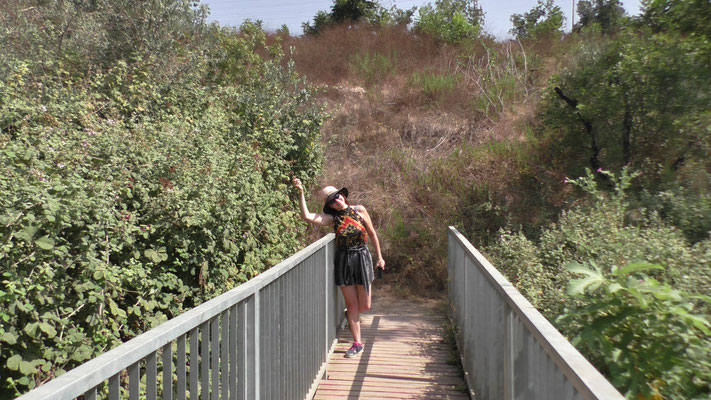 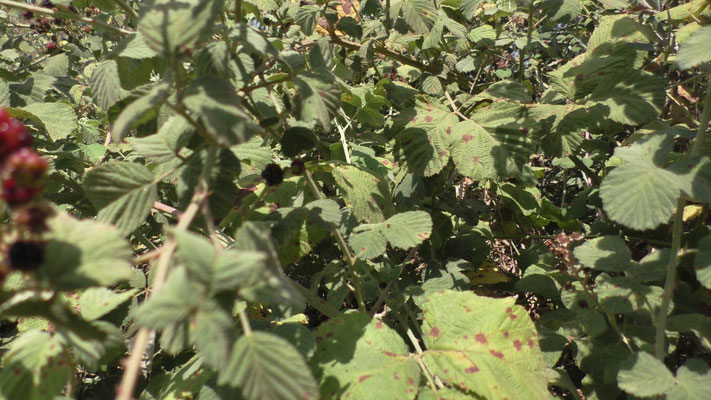 For the long tour, parking at Iyon Reserve's lower parking lot and taking a shuttle to the upper entrance is recommended. If shuttles are not available, walkers may go to the second waterfall (Takhana or the Mill), then return to the entrance. The other waterfalls may still be viewed after a drive to the lower entrance. The walk will take 1.5 to 2.5 hours (at most), depending on shuttle availability.

The trail will take us down the steps to the first waterfall, Iyon Waterfall which is thirty feet high. There is a little artificial pool that was used in the times of the British Mandate (1917-1947).

The water from Tahana Waterfall descends from the height of 68 feet. It was named after  the old flour mill that was once built here and the ruins are still visable near the wall. A dam and a pump provided water to the residents of the nearby northernmost town of Metula until 1957.

The Sucra Stream  flows into a canyon (nearly 3000 feet long) where there are two cascade waterfalls which are 31 and 16 feet high.

Passing by Metula town's cemetery we will reach a breathtaking view point from which we can see the Tanur waterfall. Descending to the foot of the hill, we will come to the lowest part of the waterfall. Standing here one can get very wet from the spray. The metal net protects the visitors from the falling stones.

The waterfall's  name, Tanur,  is translated from Hebrew as oven and from Arabic word tanurah  which is the word for traditional women's dress. The waterfall resembles both.

At the lower part of the nature reserve there is a beautiful wading pool, kiosk with cold drinks and ice cream and the bathroom facilities. There is a picnic area  in the nearby beautiful eucalyptus grove.

The short tour will start at the lower entrance and will include either 10 minutes walk on the flat paved path to Tanur waterfall and may also include 30 minutes steep climb to the viewpoint of the waterfall and the Valley. 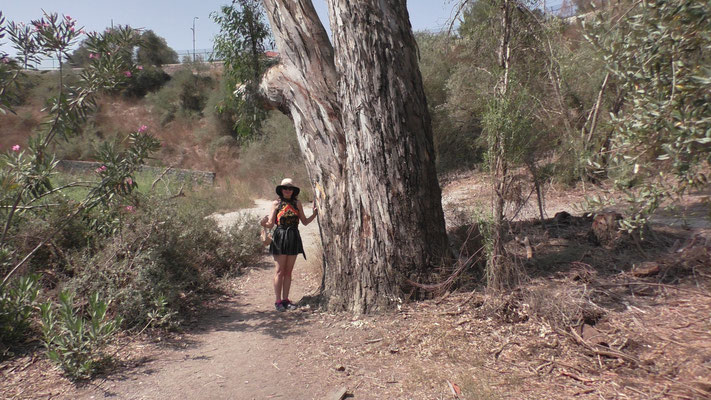 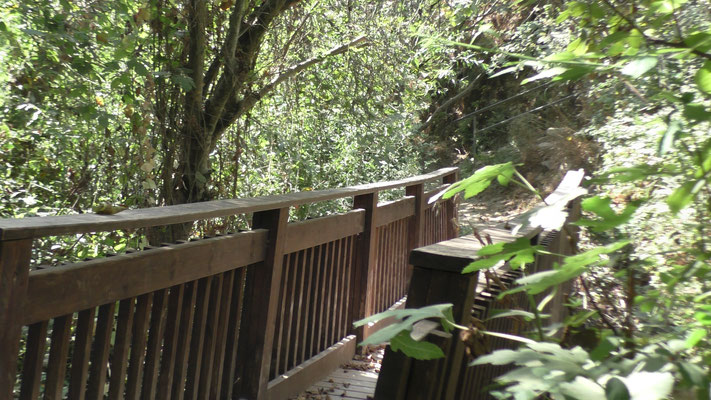 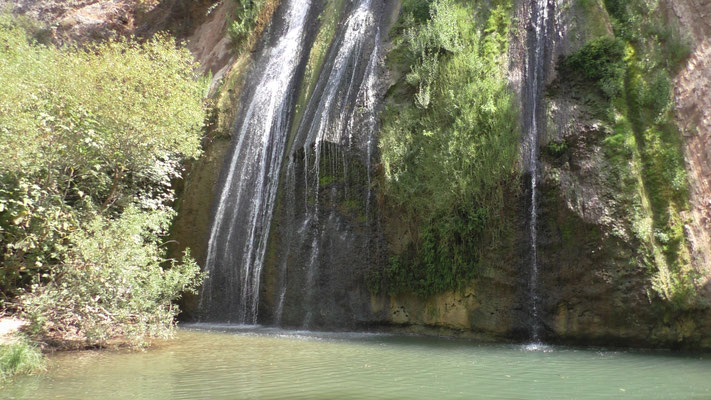 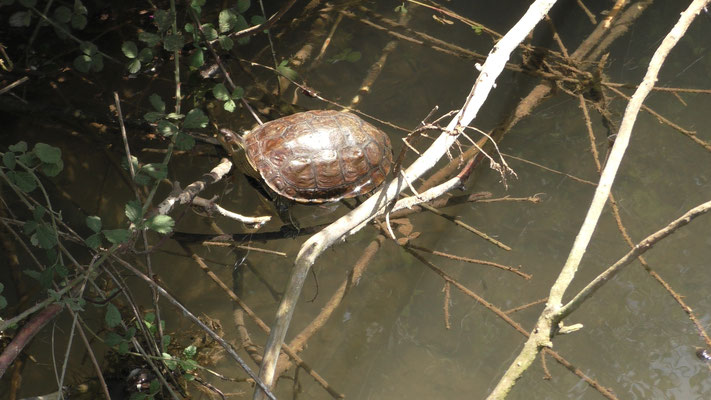