What is Yad Vashem?

“Do not let the son of the foreigner
Who has joined himself to the Lord
Speak, saying,
‘The Lord has utterly separated me from His people,’
Nor let the eunuch say,
‘Here I am, a dry tree.’

Even to them I will give in My house
And within My walls a place and a name (Yad Va shem)
Better than that of sons and daughters;
I will give them an everlasting name that shall not be cut off” (Isaiah 56:3-5).

One of the first pioneers committed to the establishment of a national memorial to victims of the Holocaust was Mordekhai Shenawi, a prominent member of Kibbutz Mishmar A-Eme in northern Israel. His concept was to create a complex that would preserve the memory of the destruction of the European Jewry for generations to come.

Professor Ben Tzion Dinoor, a minister of Education and historian, proposed legislation to establish a memorial and the museum. On August 28, 1953, the government adopted a law "On perpetuating the memory of the victims of the Holocaust and heroism and on the creation of the Yad Vashem National Memorial."

The foundation stone of the memorial’s first building was laid on July 29, 1954, made possible by the State of Israel, the Commission on Jewish Material Claims against Germany and the Jewish Agency (Sokhnut), private donors and philanthropists. 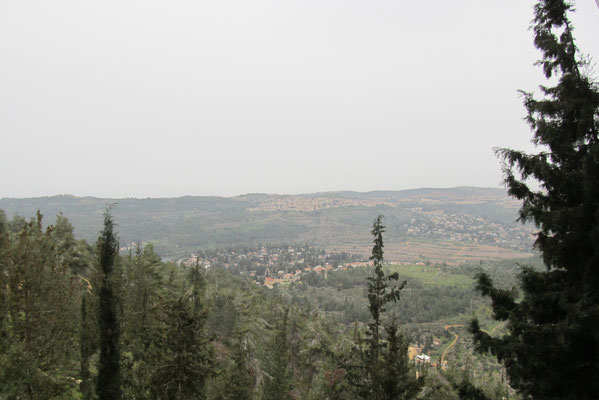 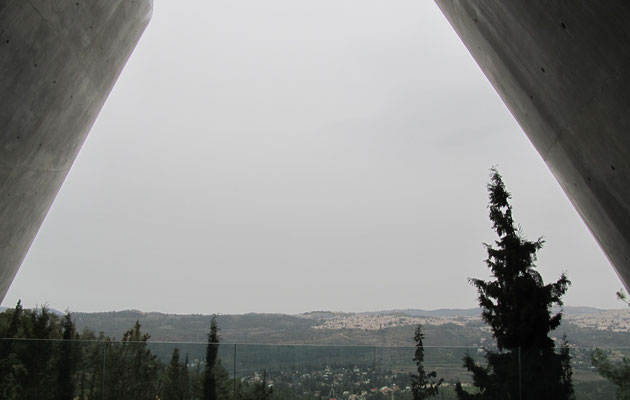 Jerusalem forest view at the exit from the museum

The National Holocaust Memorial commemorates over 6 million Jews in Europe, Africa and the Middle East as well as other groups of people who exterminated by the Nazi regime during World War II. It was built on the western slope of Mount Herzl, also known as the Mount of Remembrance, a height in western Jerusalem of 804 meters (2,638 ft) above sea level and adjacent to the Jerusalem Forest.

In 1973, the history of the Holocaust was organized and a permanent exhibition was established. The Holocaust Art Museum opened in 1982 and displayed over a thousand pieces of art from Holocaust victims. A new complex was built in 2005 which included a Holocaust history museum designed by Israeli-Canadian architect, Moshe Safdie. His vision for the project included weaving the museum into the natural landscape and using the building style to impose a feeling of oppression upon the visitor.

The museum is a triangular prism piercing the mountain. Inside the museum, the visitor gets the impression of building walls piling on him, which heightens the feeling of disaster. According to the architect's calculations, the shape of the building allows daylight to penetrate through the glass roof. The interior and exterior of the building are made of gray, untreated reinforced concrete whose bleakness is relieved only by the displays. The floor slopes slightly and creates an illusion of descending from the mountain.

The permanent display includes 100 video monitors broadcasting the memories of witnesses and victims of the Holocaust. Visitors may view a continuous series of documentary newsreels, testifying to the crimes of the Nazis and life in the Jewish ghettos and concentration camps. The research and educational activities of the museum staff have won worldwide recognition and they continue to add to the body of knowledge accumulated thus far.

As visitors approach the exit, the floor begins to rise and there is a stunning panorama of Jerusalem and the coastal plain of Israel just beyond the doors. The Garden of the Righteous Among the Nations rests on the Mount of Remembrance where trees are planted, bearing plaques containing the names and countries of origin of those being honored.  Names of the Righteous are also carved into a wall so their contribution to saving the Jews is forever preserved. 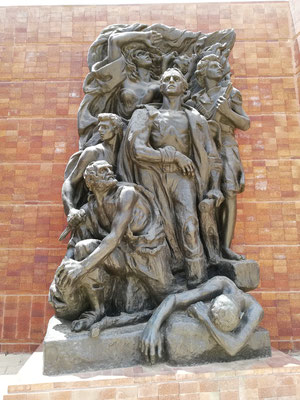 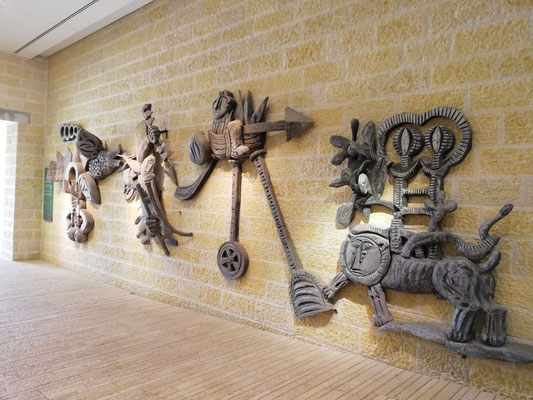 Garden of the Righteous Among the Nations

The concept for the garden was promoted by Rabbi Jeffrey Wohlberg in 1992, designed and created to honor the Non-Jews who risked their lives to save Holocaust victims.

The meaning of the name of the Holocaust Memorial was taken from the words of the Prophet Isaiah who speaks about the foreigners who remain faithful to the moral principles of God and gain a name and honor (Isaiah 56:3-5, "yad vashem" in Hebrew). The 2000 trees planted in this garden commemorate the Righteous among the Nations.

The Brief History of the European Jewry

Prior to the arrival of the Nazis on the eve of World War II, the largest Jewish diaspora (the dispersion of Jews beyond Israel) was the country of Poland with 3,325,000 people, followed by USSR with 3,020,000 people.

In other countries, the population of Jews was as follows:

For perspective, it is interesting to note that Germany had 525,000 Jews, which was 0.8% of the country’s total population. In comparison, Poland also lead the world with the highest percentage of Jews at 10.3% of the total population.

After loosing their statehood and country, Jews lived in Europe during the Roman Empire (first century AD). With connections in the East and West, they were able to establish trade relations. As one of the most ancient civilizations, the Jews possessed abilities and talents which were recognized and promptly utilized in young European empires. Although they were often in direct service to European rulers, at the same time they suffered the hatred and persecution of other religious and ethnic groups, especially the Christians. The Age of Enlightenment (17th and 18th centuries) brought with it a thaw in hostile attitudes towards Jews, the persecution and murder did not cease.

Jews have always tried to live separately in their small settlements (or shtettl), to preserve their religion and way of life. They spoke Yiddish (a mixture of medieval German and Hebrew), dressed in traditional clothing, and had a lifestyle of high moral values, inspired by the Law of Moses and the Ten Commandments.

The French Revolution (1789-1799) influenced conservative Jewish society and civil rights were granted to the Jews by Napoleon. Young Jews were inspired to integrate into European society and become an integral part of the social and cultural renewal which swept through Europe at that time. Jews poured into all strata of society, the governments of European countries, as well as financial, economic, scientific and cultural endeavors.

On March 1, 1881, Russian monarch Alexander II was assassinated by members of the organization "Land and Freedom", (which also included Jews). As a direct result, a war of pogroms (an organized massacre of a particular ethnic group) swept across Russia, which the Jewish press called "Sufa bamidbar" (Desert Storm). A mass exodus of the Jewish population began, mainly to the New World, North and Central America (USA, Canada, Mexico, Argentina), and Palestine, part of the Turkish Ottoman Empire at that time.

At the turn of the century, there was disparity among the Jews of Europe. In Western Europe, Jews flourished despite outbursts of anti-Semitism, while in Eastern Europe, living conditions and the attitude of the authorities forced Jews to immigrate to the New World and Palestine.