The modern location of the Last Supper Room, also known as the Upper Room, is on Mount Zion outside the Old City of Jerusalem walls. The Mount Zion's early identification made by Christian pilgrims was in error but is preserved by years of tradition and unlikely to be changed.

The Upper Room is located above the traditional site of the tomb of King David. On the Day of Pentecost , when the Disciples were gathered in the Upper Room, Apostle Peter exclaims:

The patriarch David, that he is both dead and buried, and his sepulchre is with us unto this day.”  (Acts 2:29)

This text may relate to the original site of the tombs of the house of David, or the new location on Mount Zion.

In the 4th and 5th centuries, Byzantine churches were built in the area. In 1335, the Crusaders built the building of the Last Supper Room which has early Gothic architectural features. Columns adorn the large room, transported from the ruins of Roman Ceasarea on the Sea.

Ottoman Turkish rulers converted the room into a mosque dedicated to the prophet David who is revered by the Moslems. In the middle of the room, there is a large niche (Mihrab) which points the direction of prayer (Qiblah) for Moslems.

Today, the room belongs to the State of Israel who exercises Status Quo. It is open for everyone but no religion can claim it and no prayers, masses or religious ceremonies are allowed at the site.

"Where do you want us to go and make preparations for You to eat the Passover?

"So He sent two of His disciples, telling them: 'Go into the city, and a man carrying the jar of water will meet you. Follow him. Say to the owner of the house he enters: 'The Teacher asks: Where is my guest room, where I may it the Passover with My disciples? He will show you a large upper room, furnished and ready. Make preparations for us there'".

The disciples left, went into the city and found things just as Jesus told them. So they prepared the Passover"  (Mark 14:13-16).

Gihon Spring is the only natural source of water in Jerusalem. It ends in Siloam pool so it is logical to assume the man with the jar of water was returning from there to the Upper City, today's Mount Zion area.

Why did this man carry the water which was exclusively a woman's task? Perhaps it was a kind of conspiracy letting the disciples to recognize him? Or maybe the man was the Essene, a member of the monastic community of the first century? Ruins prove there was Essene quarter in the area of Mount Zion during the time of Jesus.

Christian scholars surmise the reason of giving such detailed  instructions to the disciples may have been to keep the location of the supper from Judas and not to be surprised at the dinner by the soldiers sent by the high priest.

The Gospel of Luke (22:8) emphasises that Peter and John had been sent to find the guest house and not Judas who was the keeper of the purse and probably the one  to take care of such business.

According to the Catholic scholar Bargil Pixner (May 1990 Biblical Archaeology Review), the 6th-century Madaba map shows two churches. One of them was the Church of the Apostles which served as the early Jewish-Christian synagogue on Mount Zion. He also claimed to have found the Essene Gate. So, he assumed this proves the later identification of the Last Supper Room on Mount Zion. Both claims were met with a mixed reaction among the scholars. 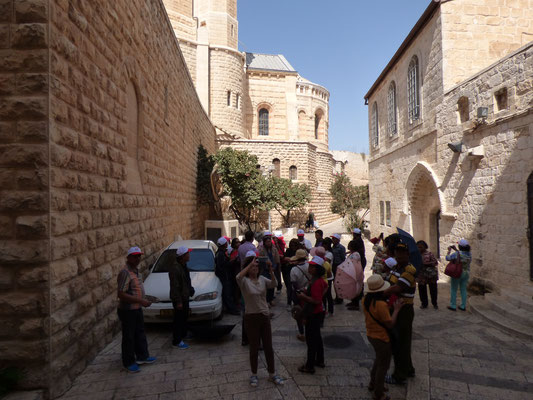 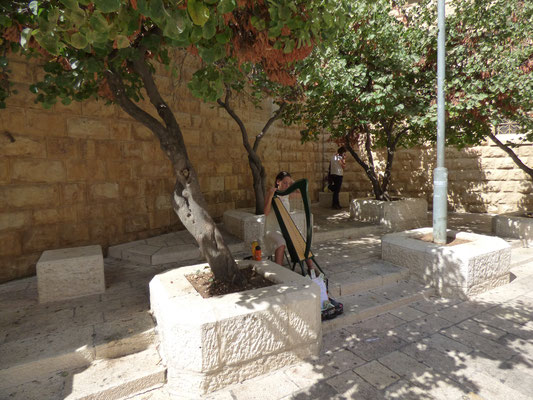 The Importance and Holiness of the Last Supper Room

According to the Synoptic Gospels, Jesus and His disciples celebrated Passover in the Last Supper Room (Mark 14:12). Although the Gospel of John never referred to the supper as the Passover meal, John writes that Jesus was crucified on the Passover night.

"He got up from the meal, took off his outer clothing, and wrapped a towel around his waist. After that, he poured water into a basin and began to wash his disciples’ feet, drying them with the towel that was wrapped around Him.

He came to Simon Peter, who said to Him, 'Lord, are you going to wash my feet?'

Jesus replied, 'You do not realize now what I am doing, but later you will understand.'

'No,' said Peter, 'you shall never wash my feet.' Jesus answered, 'Unless I wash you, you have no part with Me.''Then, Lord,' Simon Peter replied, 'not just my feet but my hands and my head as well!' Jesus answered, “Those who have had a bath need only to wash their feet; their whole body is clean. And you are clean, though not every one of you'" (John 14:3-10).

The Gospel of Matthew documents the new teaching of Jesus regarding the implementation of crucial and important Christian rituals such as the Eucharist and the Lord's Supper also known as Holy Communion,

"While they were eating, Jesus took bread, and when He had given thanks, He broke it and gave it to His disciples, saying, 'Take and eat; this is my body.' Then He took a cup, and when He had given thanks, He gave it to them, saying, “Drink from it, all of you. This is my blood of the covenant, which is poured out for many for the forgiveness of sins'" (Matthew 26:26-28).