Day 1 of the Cultural Tour in Israel

Welcome to Israel! I will meet you personally upon your arrival at Ben Gurion Airport. We will travel a short distance (about 45 minutes) to our hotel via comfortable motor coach which is air conditioned and has on board WiFi.

In the resort city of Netania, we will check into our hotel on the shore of the Mediterranean.  The remainder of the day is yours to rest, relax and enjoy the view.

Day 2 of the Cultural Tour in Israel

Our first day of touring begins with a visit to Caesarea National Park, one of the largest archaeological sites of Israel which was originally a large Roman port city.

At this site, we will view the ancient preserved ruins of Greco-Roman architecture beside reconstructed structures. The theater is one of the oldest in the Middle East from the 1st century AD.

We will also see the site of Apostle Paul’s arrest and trial, Pontius Pilate’s stone, remains of the man-made port, statue garden and the hippodrome designed for chariot races.

Next we will drive north to Haifa and view the famed Baha’i Gardens, a UNESCO heritage site. Nestled on the northern slope of Mount Carmel, the formal garden has 19 terraces, truly a landscaping architectural marvel.  The golden domed Shrine is the final resting place of Prophet-Herald of the Bahá’í Faith.

We will visit Acre, one of the ancient northern Crusader towns along the scenic Mediterranean coast. This UNESCO heritage site is situated on a peninsula and has a complex history. Multiple powers were in control of Acre since it first appeared in Egyptian writings around 15 BC . The city was built in layers, leaving well preserved castles, fortresses, mosques and walls.

From  Acre,  we will drive to Tiberias and check into the comfortable kibbutz hotel where we will stay for the next few days.

Day 3 of the Cultural Tour in Israel 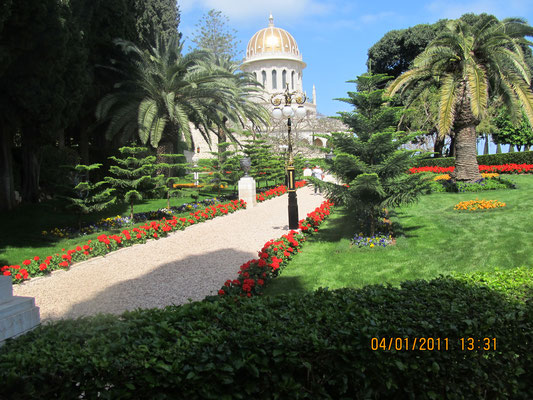 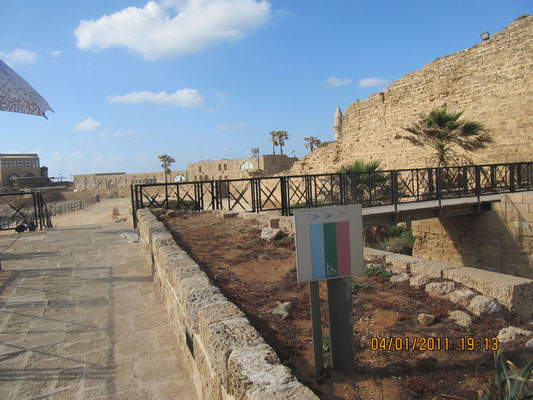 We will begin our day in the Golan Heights where we will visit Mount Bental outlook and see the preserved war trenches from the Six Day War. This historic site reveals the heroism of the modern state of Israel.

Two nature reserves visits are planned today. Tel Dan Reserve contains the largest tributary of the Jordan River and an ancient gate and altar from the time of the Kingdom of Israel.

Banias Reserve (Caesarea Philippi) is the site of ancient Greek and Roman civilizations against the stunning mountainous background of Mount Hermon. Pagan worship and rituals were performed in the sanctuary ruins to the god, Pan, a half goat-half man deity.

From here, we will go to the Sea of Galilee which is historically renowned for its prominence in biblical writings and is one of the oldest settlements in Israel. We will enjoy a boat ride then visit the Yigal Alon Museum to view the remains of an ancient fishing boat from the first century.

Capernaum is our next destination, one of the largest cities along the Sea of Galilee situated on the trade route Via Maris which connected Mediterranean coastal cities with Damascus.  Ruins from biblical times include St. Peter’s house and the synagogue which probably was built between the 3rd and 5th centuries AD. 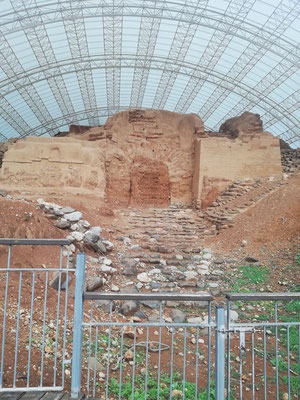 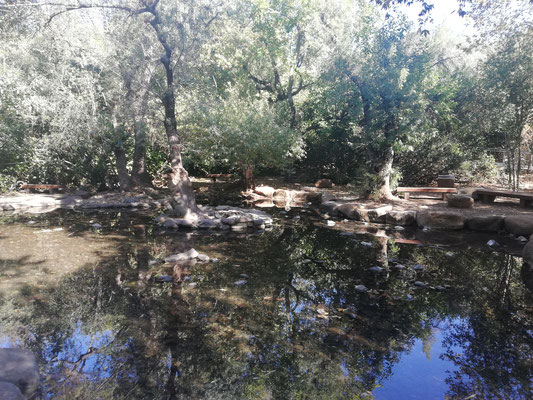 Day 4 of the Cultural tour in Israel

After checking out of our hotel at the Sea of Galilee, we will drive through the famous Jordan Valley.

Our first stop today is Beth Shan National park to view the well-preserved ruins of the ancient city Beth Shean and also ruins of Greco-Roman city of Nysa-Scytopolis from New Testament times.

We are going to stand (and maybe even sing) on the stage of the largest theater ever found in Israel, see the marketplace and public bath house, then walk along the colonnaded streets of the city.

After this we will drive through Jordan Valley and pass the Palestinian Arab villages, Israeli clustering farms, the wire fence of the national border with Jordan and even Jericho.  Qaser Il Yahud National Park is our next destination, located on the shore of the Jordan River and believed to be where Jesus was baptized by John the Baptist.  Monasteries and churches have been built on this Holy site as far back as the Byzantine period.

Ein Gedi Nature Reserve is our next destination, the second largest oasis in the Dead Sea region. This beautiful wilderness area is known in biblical times as the location where David and his men hid from King Saul. We will walk along the Ein Gedi stream to the largest desert waterfall named after King David. Here I will introduce you to vegetation and animal life common to the desert region and we are going to hike! (Optional)

Our hotel is in the resort city of Ein Boqek on the Dead Sea shore.  You will have free time to float in this wonder of the world!  Complimentary spa facilities are also available and you will enjoy a delicious dinner at the hotel. 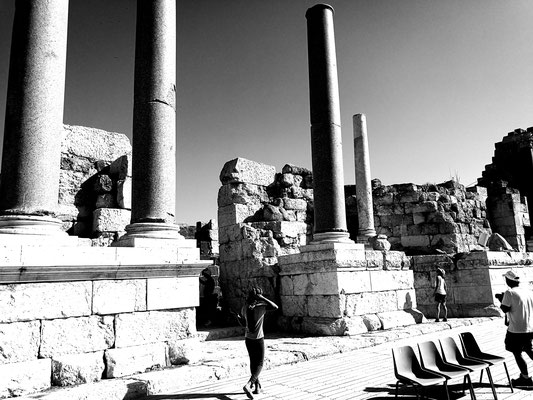 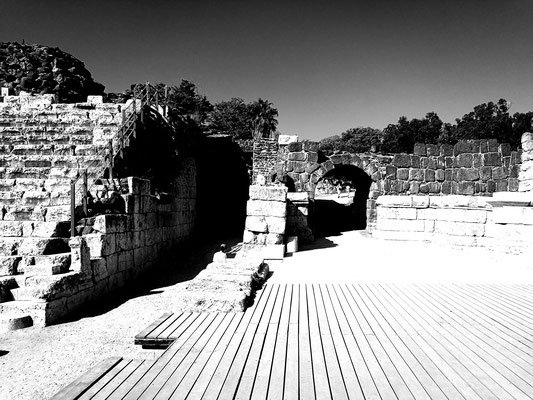 Day 5 of the Cultural Tour in Israel

Our first destination is Masada National Park, the third most visited site in Israel and a UNSECO heritage site since 2001.

This fortress was built by King Herod and rests atop a high plateau overlooking the Dead Sea, accessed by cable car ride.

On this site, a small band of Jewish zealots and their families defiantly held out against the Roman legions shortly after Jerusalem was destroyed by Titus and the Romans in 70 A.D. The inspiring story of the heroism and strength of the Jewish freedom fighters will be discussed during our visit as we stroll along the 2000-year-old walls and preserved ruins of palaces. If desired, you may decide to take the 30-minute walk to the site instead of using the cable car.

We will visit AHAVA, one of the famous cosmetic factories located on the shore of the Dead Sea. Here you may purchase authentic Dead Sea mineral-rich skin care products which are known around the world.

Continuing our trip along the shore of the Dead Sea, our next destination is Qumran. This is the place of the most sensational find of the 20th century was discovered, the Dead Sea Scrolls!

As we travel towards Jerusalem, we will see breathtaking views of the Judean Desert. This area is also known through historical times as the Judean Wilderness and was the main route to Jerusalem from the East. Christian monasteries built in the 5th century are also visible. 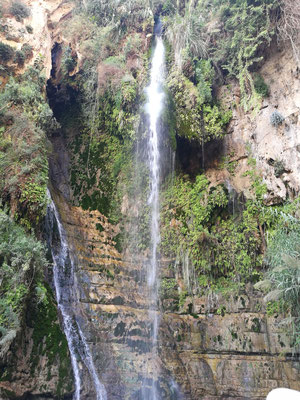 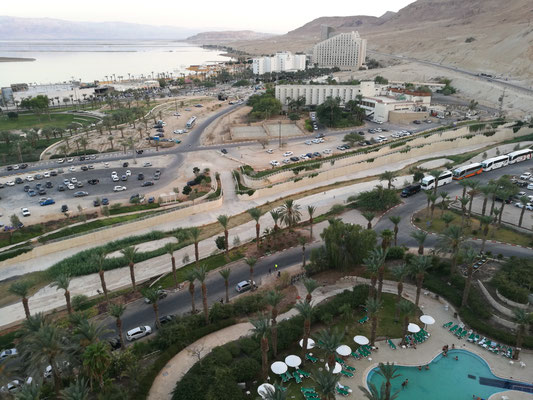 Day 6 of the Cultural Tour in Israel

Our walking tour of Old City Jerusalem begins at the Temple Mount which will require routine security screening through the police inspection station.

We will view the Dome of the Rock and Al-Aqsa Mosque, the third holiest site of the Islam religion after Mecca and Medina.

There are four major quarters to the city, divided from the 18th century according to religious or ethnic identity: Jewish, Moslem, Christian and Armenian. Altogether, the Old City covers an area of about 220 acres (1km).

The Moslem Quarter has a famous market (the souk) which offers all the delights of the Orient, including sweets, spices and coffee. The remains of the city wall is from the time of the Kings of Judah, Roman columns, Turkish water fountains (sawils) and elaborate buildings of the Mamluk period (1250-1516 AD).

In the Jewish Quarter, you will note newer buildings as there was extensive damage to all the major structures including the synagogues were destroyed by the Jordanians during the Six Day War in 1967. The devastation allowed Israeli archaeologists to carry out massive excavations to reveal layers of history which had been obscured for centuries, including the whole quarter from the Second Temple Period.

We will visit the Western Wall, also known as the Wailing Wall (Kotel), the second most sacred site of Jewish people in the world. According to common belief, the Divine Presence has never left the Wall even though only it is the only fragment of the Temple to survive the destruction of the Romans.

On the Western side of the Old City is a landmark from ancient times, the Citadel of Jerusalem which is also known as the Tower of David. The Citadel is protected by towers and walls which have been fortified over a period of centuries with the foundation dating back to 8th to 6th BC. Today it functions as the museum of the history of Jerusalem.

We end our day at the City of David, renowned as one of the most excavated sites in Israel. This important historical site has ruins of Jerusalem from the times of King David and King Hezekiah.

We will go Hezekiah’s Tunnel which he built as a secure source of water from the Gihon Spring, protecting it from the invading Assyrian army in the 8th century BC (optional, 30 minute walk in knee high water in the dark). 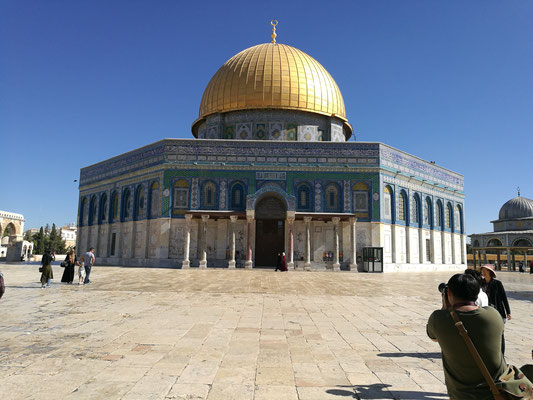 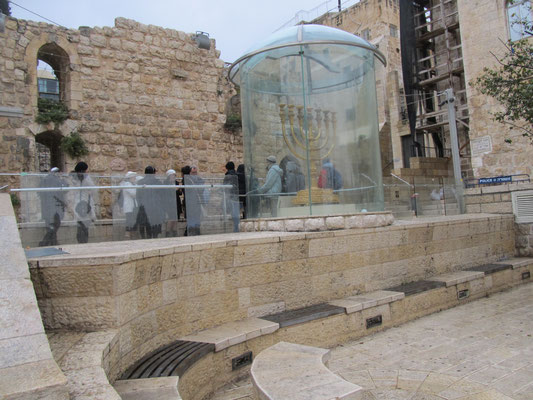 Day 7 of the Cultural Tour in Israel

We will start our day in the Old City walking along the Way of the Cross (Via Dolorosa in Latin), venerated since the 4th century AD.

The path is believed to have been taken by Jesus as He carried His cross through Jerusalem to the place of crucifixion and burial. There are 14 stations which mark the last hours of Jesus and commemorate incidents along the way.

The route will take us to one of the world’s holiest church for Christians, The Holy Sepulcher Church which contains the last five stations. On this site, it is believed that Jesus was crucified and died. There will be time for personal reflection or prayer if desired.

Following our time in the Church we will visit the Garden Tomb, the alternative site of the crucifixion and burial of Jesus. It is a beautiful place considered to be authentic by Evangelical Christians.

At the foot of the Mount of Olives in the Kidron Valley is the Garden of Gethsemane where Jesus prayed on the night of His betrayal. We will see one of the most magnificent churches in the Holy Land, the Church of All Nations, also known as the Basilica of the Agony. This holy site is believed to have been built over the rock where Jesus prayed during his nighttime vigil.  The ancient olive trees which stand in the Garden may have been silent witnesses to His agony. There will be time for personal reflection or prayer if desired. 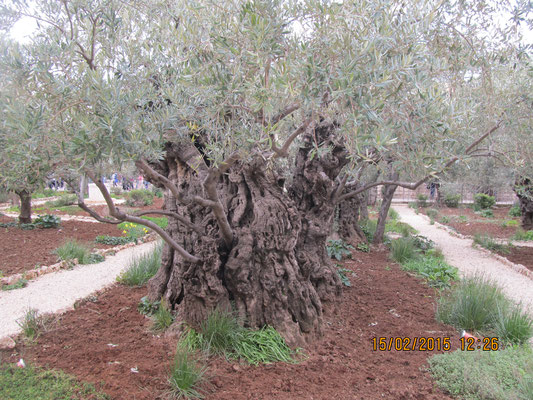 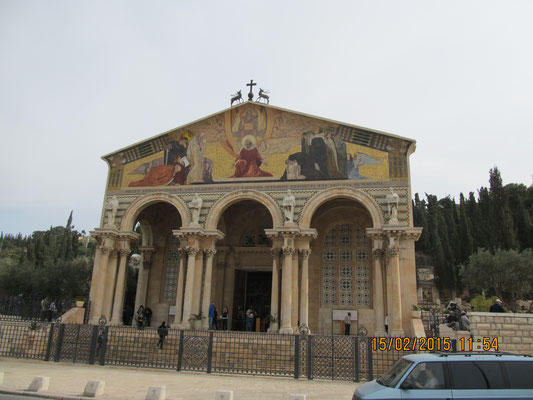 Day 8 of the Cultural Tour in Israel

Our first destination is the Friends of Zion Museum in the heart of modern Jerusalem. Through ground-breaking interactive technology, you will explore the stories of heroic Jewish people from the biblical era through contemporary leaders who have changed the world.

We will stop by the entrance of the Knesset, the Parliament of the State of Israel which was first convened on February 14, 1949. A magnificent statue of a seven branched candelabra (Menorah) stands by the gates, a gift of the British Government in 1956.

Weather permitting, we will visit the beautiful Wohl Rose Garden which spans over 19 acres, established in 1981. The collection includes over 450 varieties from around the world with a total of more than 15,000 bushes on display.

Another government landmark is the Supreme Court, designed by Israeli architects Ram Karmi and Ada Karmi-Melamede. Constructed of local limestone in 1992, it is considered to be one of the finest achievements in contemporary design. British philanthropist and Zionist Dorothy de Rothschild donated the building to the State of Israel.

At the end of our day, we will visit the World Holocaust Remembrance Center revealing the tragic events of extermination of over 6 million Jews in Europe, Africa and the Middle East. While walking through the different galleries, the history and events unfold before you through displays of artifacts, films, art, personal correspondence and much more. Your heart will be touched as you stand in the Hall of Names and walk through the Children’s Memorial. The famed Garden of the Righteous Among the Nations is a beautifully serene area of remembrance commemorating the heroism of non-Jews with memorial trees planted by Oscar Schindler, Irena Sendler and others. 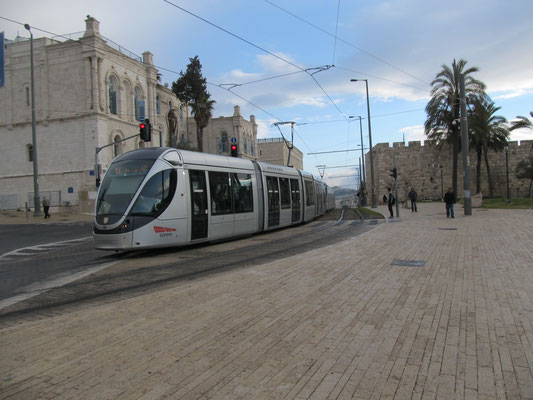 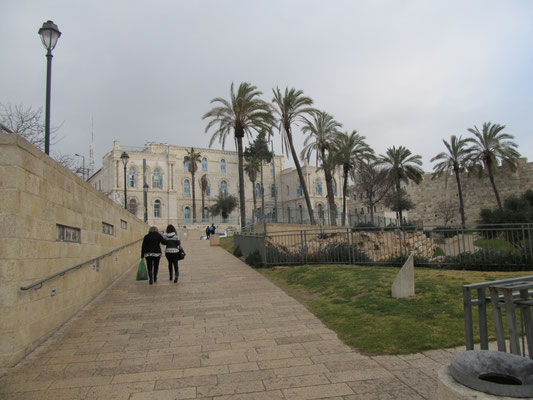