The Hermon Stream begins its course upon the Land of Israel’s highest mountain, Mount Herman which is 2814 m (9232 ft).

The main tributaries of the Hermon Stream are the Sa'ar Stream, the Sion Stream and the Guvta Stream.

The water is chilly year-round at -15 C (59F) and it flows into a number of main of man-made pools. The stream descends from the mountain from the Golan Heights to the Hula Valley, creating beautiful waterfalls, the largest is 10 m (32 ft). Hermon Stream joins with the Dan Stream and Snir Stream which are the main tributaries flowing into the largest freshwater river in Israel, the Jordan River.

There are lots of beautiful trees and shrubs in this area and one of them is the plane tree or button tree (Platanus occidentalis), known for its distinctive spherical seeds.

In natural settings, the plane tree grows on the riverbanks which is explains the large number growing in the Reserve. There are also many willow trees (Salix acmophylla Boiss) which grow well near water.

Greek historian Polibius is the first to mention Panion, a worship center of Pan, when he describes the famous battle (198 BC) between Antiochus III and Ptolemy III, the rulers of Syria and Egypt.

In the 1st century BC, the whole area was granted to King Herod by Emperor Augustus. King Herod built the temple which he dedicated to the Emperor and the remnants are still clearly visible at the site. After Herod's death, his son, Phillip the ruler of Golan, built his capital here in 2 year BC and renamed it Caesarea Philippi.

During this period, the New Testament tells us Jesus arrived in Caesarea with his disciples. In the Gospel of Mark it says;

''And Jesus went out, and his disciples, into the towns of Caesarea Philippi: and by the way he asked his disciples, saying unto them, Whom do men say that I am?'' (Mark 8:27

In the days of the last king of the Herodian dynasty, Agrippa II adorned the city with many magnificent buildings. In fact, the remains of the largest royal palace from the 1st century AD can be still seen at Caesarea Philippi. According to Roman Jewish historian Josephus Flavius, after crushing the Jewish uprising, Vespasian and Titus celebrated their victory at Caesarea Philippi for days.

In the Byzantine-Christian period (beginning of the 4th century) all the pagan temples at Caesarea Philippi were destroyed. Here, the Church fathers identified this as the place where Jesus healed a woman with a blood disorder. To show her gratitude, the former pagan woman made a statue of Jesus which the renowned Bishop Eusebius of Caesarea claimed to have seen with his own eyes.

The Graeco-Roman population of the Land believed this forested area was inhabited by minor gods and nymphs. Banias is the Arabic pronunciation of Paneon which means the city of Pan. 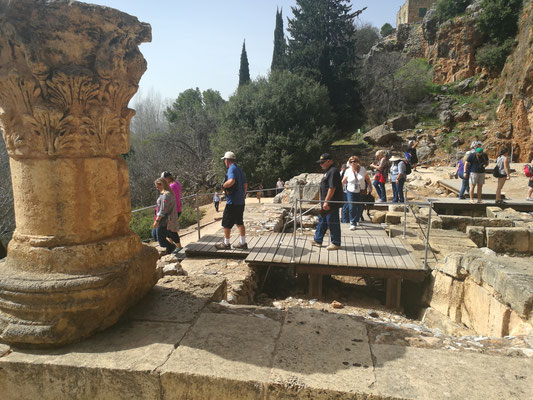 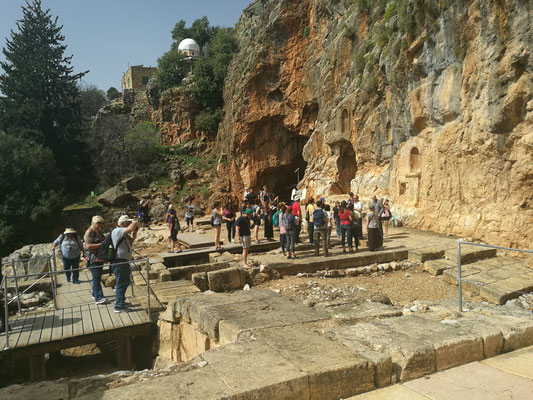 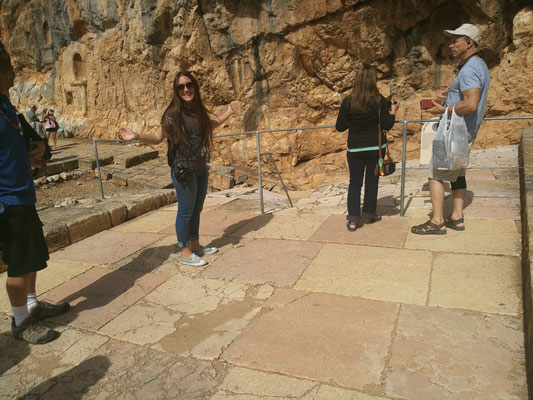 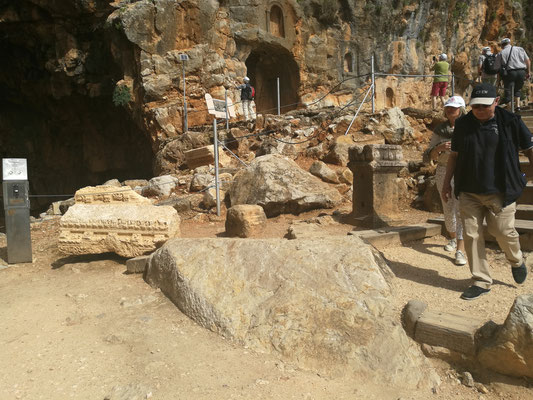