''All Scripture is God-breathed and is useful for teaching, rebuking, correcting and training in righteousness, so that the man of God may be thoroughly equipped for every good work''  (2 Timothy 3:16-17). 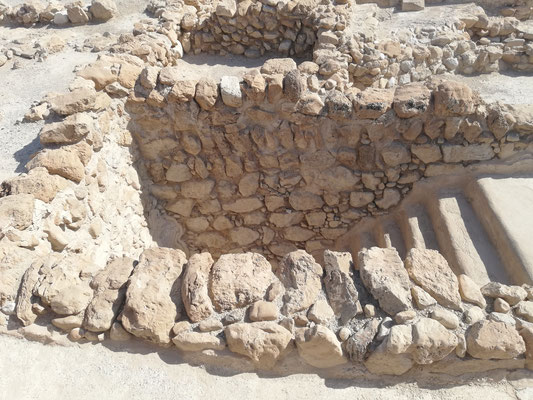 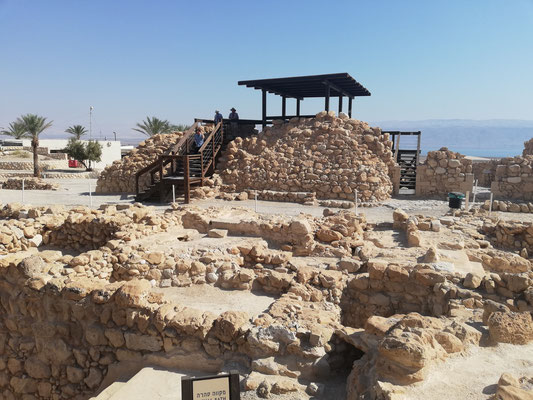 The large immersion pool and the watchtower

The settlement of Qumran is found on the northwestern shore of the Dead Sea. This is the site of the most amazing discovery of the 20th century, The Dead Sea Scrolls! In 1947, the first seven scrolls were discovered by two young Bedouin shepherds from the Ta'amire tribe.  While they were looking for the lost goat, they came across the cave blocked by a large stone. But another entrance was found. The boys threw a stone inside and heard the sound of a breaking vessel.

Later, one of the shepherds, Muhammad ed-Dibb, entered into the cave with the aid of a rope. He had found ten cylindrical jars with three scrolls inside of one of them.  Later four additional scrolls were found. The shepherds brought them to Bethlehem to try to sell them. An antiquity dealer named Khalil Iskander Kando purchased the scrolls and planned to sell them at the good profit to the Syrian Orthodox Church. The church official, Athanasius Yeshua Samuel, bought the scrolls for the sum of 24 Palestinian pounds (around $110). Three additional scrolls were purchased by a professor from the Hebrew University, Eliezer Lippa Sukenik.

Fragments of more than 950 scrolls were discovered in 11 caves of Qumran between 1947 and 1956. Among them, only 20 were in good condition, the rest of them were in pieces. During the search for scrolls, the whole area of Qumran was excavated and later reconstructed and preserved. Today, it is a National Park which is open for visitors.

After the beginning of the Israel Independence War in 1948, American scholar John C. Trever and his colleagues examined the Scrolls. Due to unrest in the region in 1949, Syrian Archbishop Samuel smuggled his precious four Scrolls out of the country to the US and relocated them to a Syrian Church in New Jersey.

On June 1954, Athanasius Yeshua placed an announcement in the Wall Street Journal that said:

"Biblical Manuscripts dating back to at least 200 BC, are for sale. This would be an ideal gift to an educational or religious institution by an individual or group."

Yigael Yadin, son of Professor Sukenik, was in the US at the time and acquired the 4 scrolls for the State of Israel for $250 000. The discovery of the scrolls resonated around the world.

After the Independence War, Jordanian government commissioned Ecole Biblical Archaeological school to continue excavations at Qumran. As a result of the excavations, an additional 950 scrolls were discovered which included the corpus of the Bible, except the books of Esther and Nehemiah.

Several books were copied numerous times. For example, there were 20 copies of the book of Genesis, 27 copies of Deuteronomy, 34 copies of the Psalms and 24 copies of Isaiah were found. An interesting discovery was that of Psalm 151 which does not exist in the Canonical Bible. The Psalm tells the story of David's victory over Goliath authored by the King himself, as the community members believed. 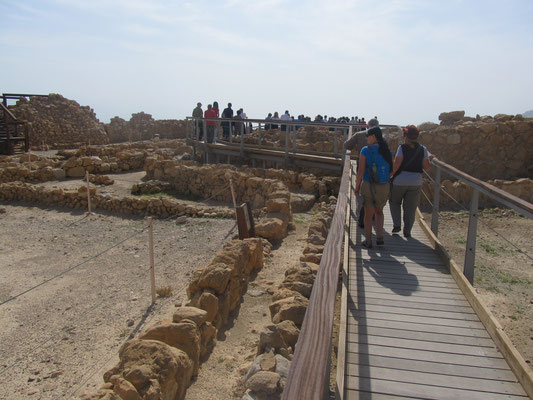 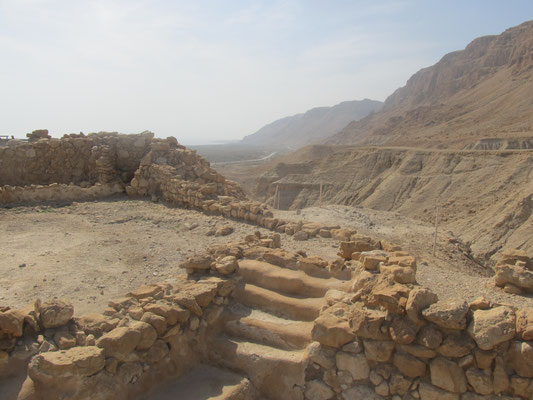 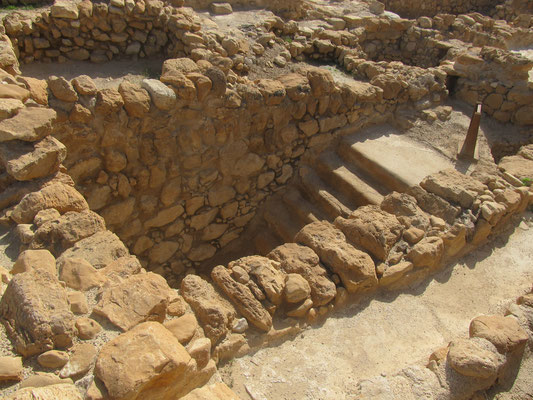 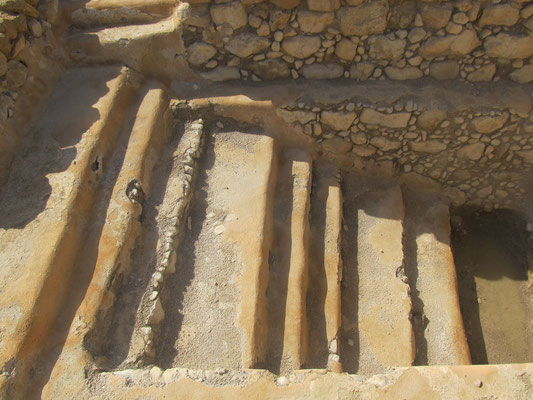 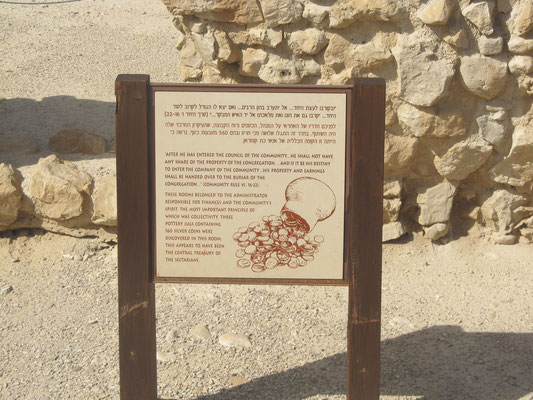 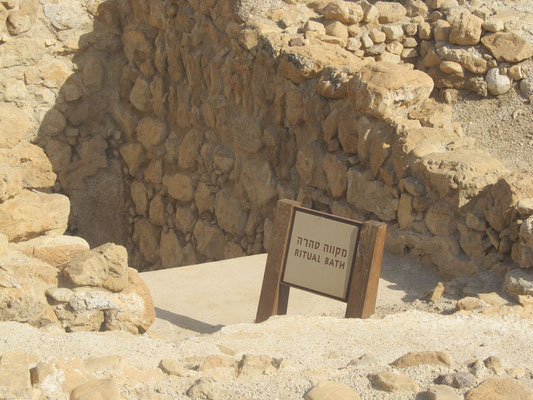 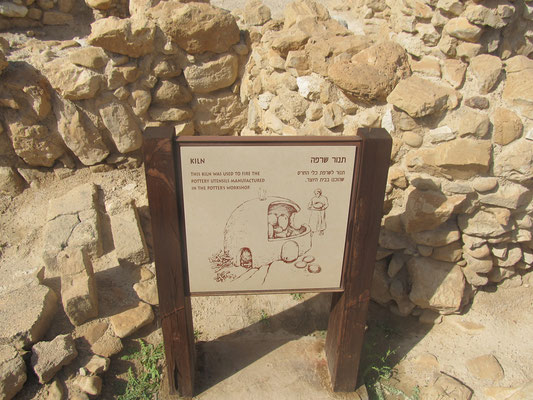 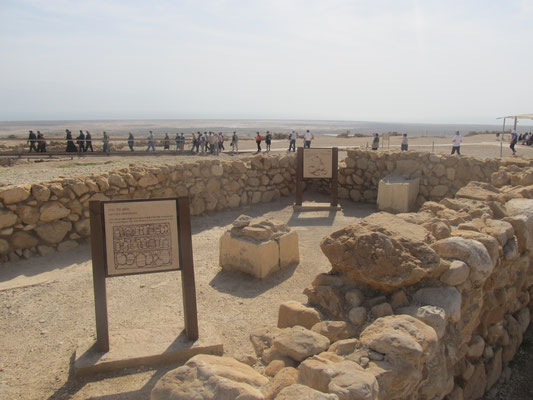 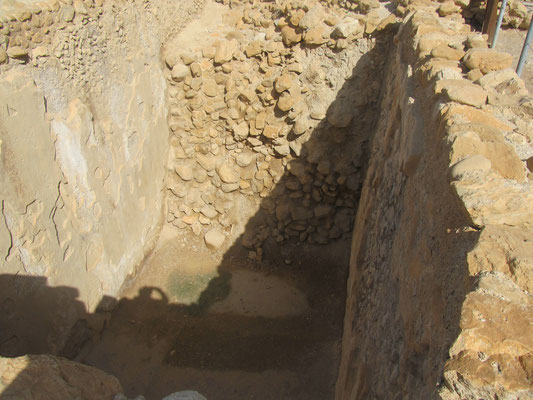 Up to 20% of all the site's discoveries are the immersion pools. There was also kiln had found and the pottery room ,most likely  the communal kitchen, a room the hidden hoard of coins etc.

Who were the Community's members?

The discovery of the Dead Sea scrolls shed a new light on the knowledge of the Hebrew Scriptures.

Most of the scrolls were written by the members of the desert community built during the second half of the 2nd century BC.

The remains show a settlement called Secacah was located here during the First and Second Temple Periods and was mentioned in the book of Joshua,

“In the wilderness: Beth Arabah, Middin, Sekakah, Nibshan, the City of Salt and En Gedi—six towns and their villages” (Joshua 15:61-62).

Pere Roland de Vaux, a French Dominican priest, was the first archaeologist to excavate here. He believed the community was founded by the Essenes, an ancient Jewish ascetic sect. The Jewish historian, Josephus Flavius, says about Essenes that,

"They profess a severe discipline: they are Jews by birth and are fairly attached to each other. They eschew pleasure-seeking as a vice and regard temperance and mastery of passions as virtue. Scorning wedlock, they select other's men children while still pliable and teachable, and fashion them after their own pattern - not that they wish to do  away with marriage as a means of continuing the race, but they are afraid of the promiscuity of women and convinced that none of the sex remains faithful  to one man.

Contemptuous of wealth, they are communists to perfection, and none of them will be found better than the rest: the rule is that the novices admitted to the sect, must surrender their property to the order, so that among them all neither humiliating poverty, nor excessive wealth is ever seen, but each man's possession go into the pool and as with brothers their entire property belongs to them all" (The Jewish War, 125, II).

Today, the ruins of Qumran clearly show the members of the community desired to live similarly to the one described above,  a lifestyle of holiness and reverence before God. Purification of themselves was also important through daily ritual bathing. The baths are the best preserved architectural remains in Qumran and constitute 17% of all the ruins. 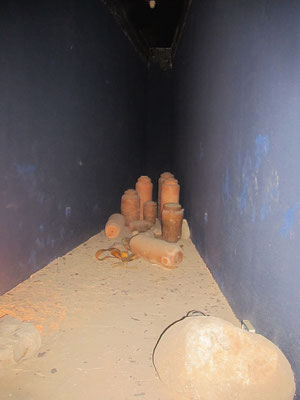 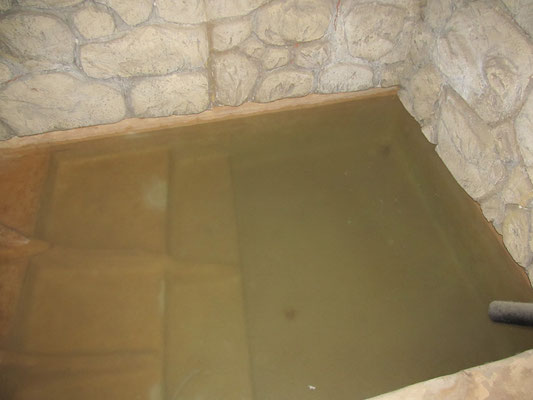 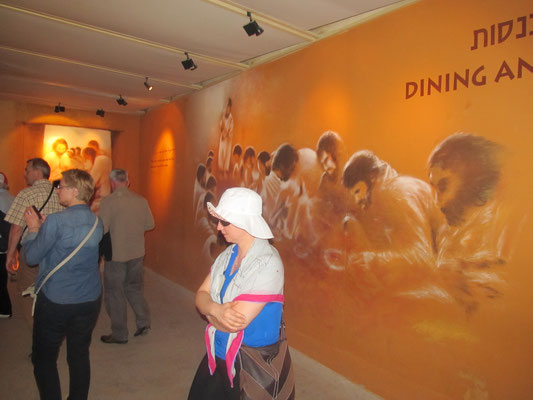 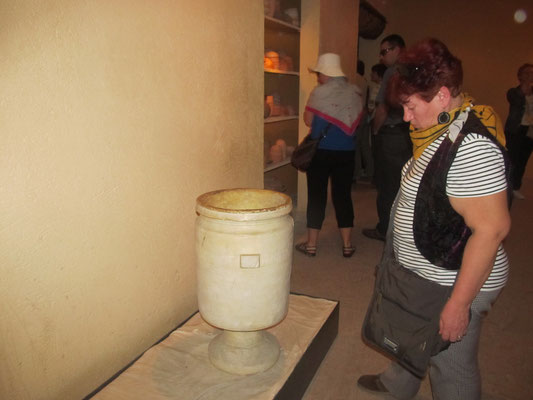 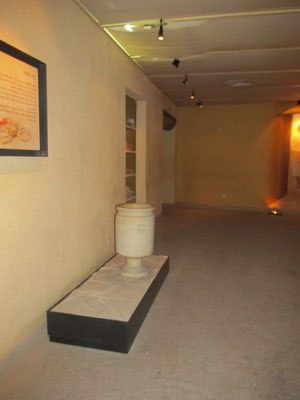 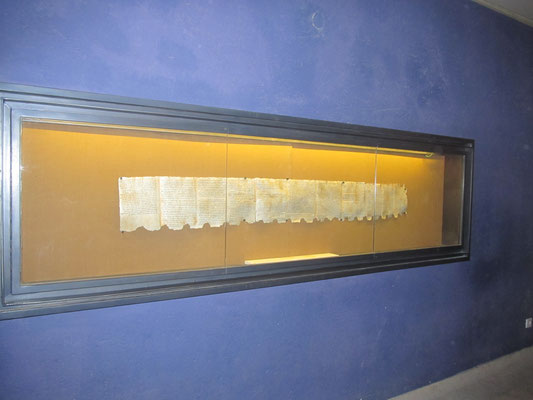 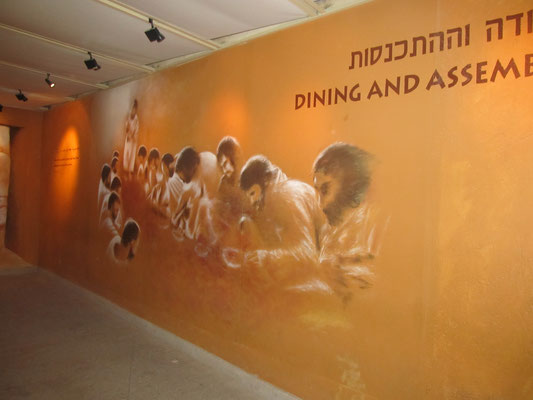 In the museum of Qumran National Park

Description of The First Scrolls

The most important and undamaged scroll kept in Israel today is the complete Isaiah manuscript, 7m 34cm (24 feet) which contains all the book of the Prophet Isaiah, a total of 66 chapters. There is also another copy of Isaiah which survived but is in fragments. The complete copy of Isaiah is less accurate, although the fragmented pieces of Isaiah was copied almost verbatim.

Other scrolls were also found which contained literature composed by Qumran’s community members. One is a broad commentary on the book of the Prophet Habakkuk. There are glimpses of the community life among the writings. The leader of the community is referred as the "Teacher of Righteousness". There is also his opponent called the "Man of the Lie". Another personality is an evil political leader called the "Wicked Priest."  The name of God is avoided and not mentioned directly in the commentary.

Another scroll is named Serekh Ha Yahad which means Disciplinary Rules. It describes, among other rules, the whole process of accepting new members into Yahad (or together) which took two years. The scroll also cites the admonitions and punishments to be imposed on violators of the rules, the relations between the members, their way of life, and their beliefs.