Mount of Precipice in the Galilee

"So He came to Nazareth, where He had been brought up. And as His custom was, He went into the synagogue on the Sabbath day, and stood up to read. And He was handed the book of the prophet Isaiah. And when He had opened the book, He found the place where it was written:

“The Spirit of the Lord is upon Me,
Because He has anointed Me
To preach the gospel to the poor;
He has sent Me to heal the brokenhearted,
To proclaim liberty to the captives
And recovery of sight to the blind,
To set at liberty those who are oppressed;

To proclaim the acceptable year of the Lord.”

Then He closed the book, and gave it back to the attendant and sat down. And the eyes of all who were in the synagogue were fixed on Him. And He began to say to them, “Today this Scripture is fulfilled in your hearing.” So all bore witness to Him, and marveled at the gracious words which proceeded out of His mouth. And they said, “Is this not Joseph’s son?” He said to them, “You will surely say this proverb to Me, ‘Physician, heal yourself! Whatever we have heard done in Capernaum, do also here in Your country.’

”Then He said, “Assuredly, I say to you, no prophet is accepted in his own country. But I tell you truly, many widows were in Israel in the days of Elijah, when the heaven was shut up three years and six months, and there was a great famine throughout all the land; but to none of them was Elijah sent except to Zarephath, in the region of Sidon, to a woman who was a widow. And many lepers were in Israel in the time of Elisha the prophet, and none of them was cleansed except Naaman the Syrian.”

So all those in the synagogue, when they heard these things, were filled with wrath, and rose up and thrust Him out of the city; and they led Him to the brow of the hill on which their city was built, that they might throw Him down over the cliff. Then passing through the midst of them, He went His way."

The Mount of Precipice 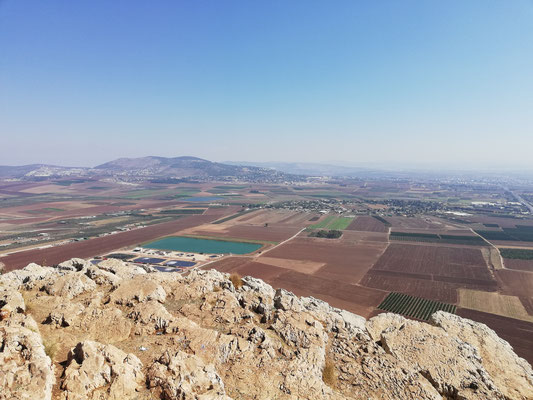 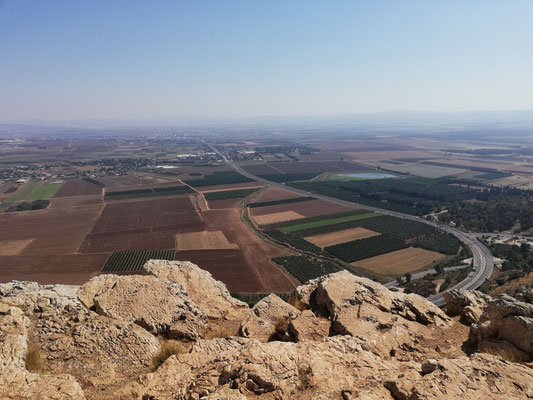 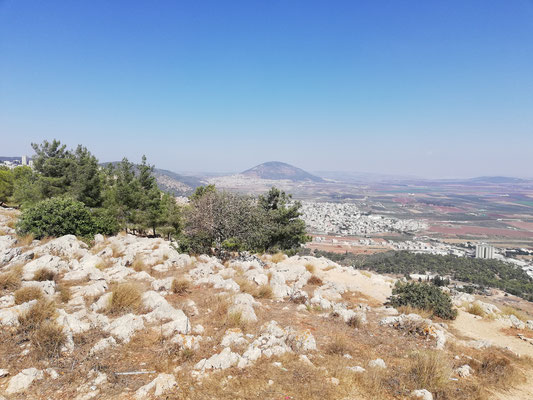 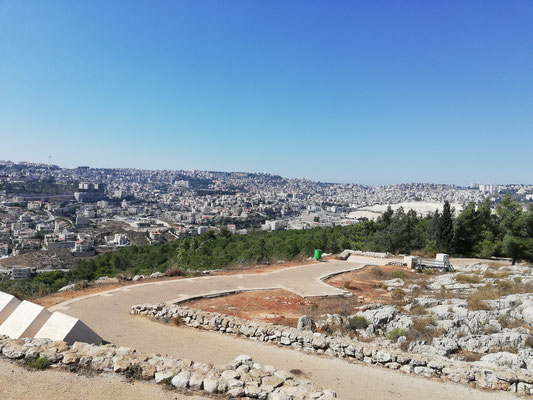 The view from Mount of Precipice . On the left low picture Mount Tabor is seen on the horizon and on the right - the view of modern Nazareth.

In the South West from Nazareth, in 1.2 ml from the center of the city lays

Mount Ha Qdumim , also known as the Mount of Precipice, is about 1.2 miles southwest of Nazareth. The Mount rises 1295 ft above the sea level and is not the tallest mountain in the area but it is unique for a steep cliff. Traditionally, this is believed to be the place from which the angry residents of Nazareth wanted to throw Jesus.

Today, the Catholic Church no longer accepts this tradition. It is clear from research that Nazareth was rather a small village in the first century and the distance to the Mount exceeded 2000 cubits which is the distance Jews were allowed to travel during the Sabbath. Observant Jewish synagogue visitors could not carry or follow Jesus so far without breaking the Oral law. Greek Orthodox and other denominations still follow the tradition.  The area of the Mount is now an Israeli Government Nature Reserve.

From the observation deck, there is a breathtaking panoramic view and when the weather is good, visitors are able to see the Jezreel (Armageddon)  and Ha More Valleys, legendary Mount Tabor and Mount Gilboa to the East.

An amphitheater was constructed on top of the mountainwhich was dedicated to  Pope's Benedict  xvו visit in 2009. A very old olive tree was planted on top of the Mount, moved from Haifa.  The tree weighs a stunning 40.000 pounds and symbolizes the process of reconciliation between the Jews and the Catholic Church. It was dedicated to Pope John xxווו  who believed the Roman Catholic Church should foster unity and reconciliation with other faiths.  It is also dedicated to the Jewish historian  from France, Jules Isaak. His efforts deeply influenced the decrees of the 1965  Ecumenical Council of the Vatican about changing attitudes towards the Jewish people.